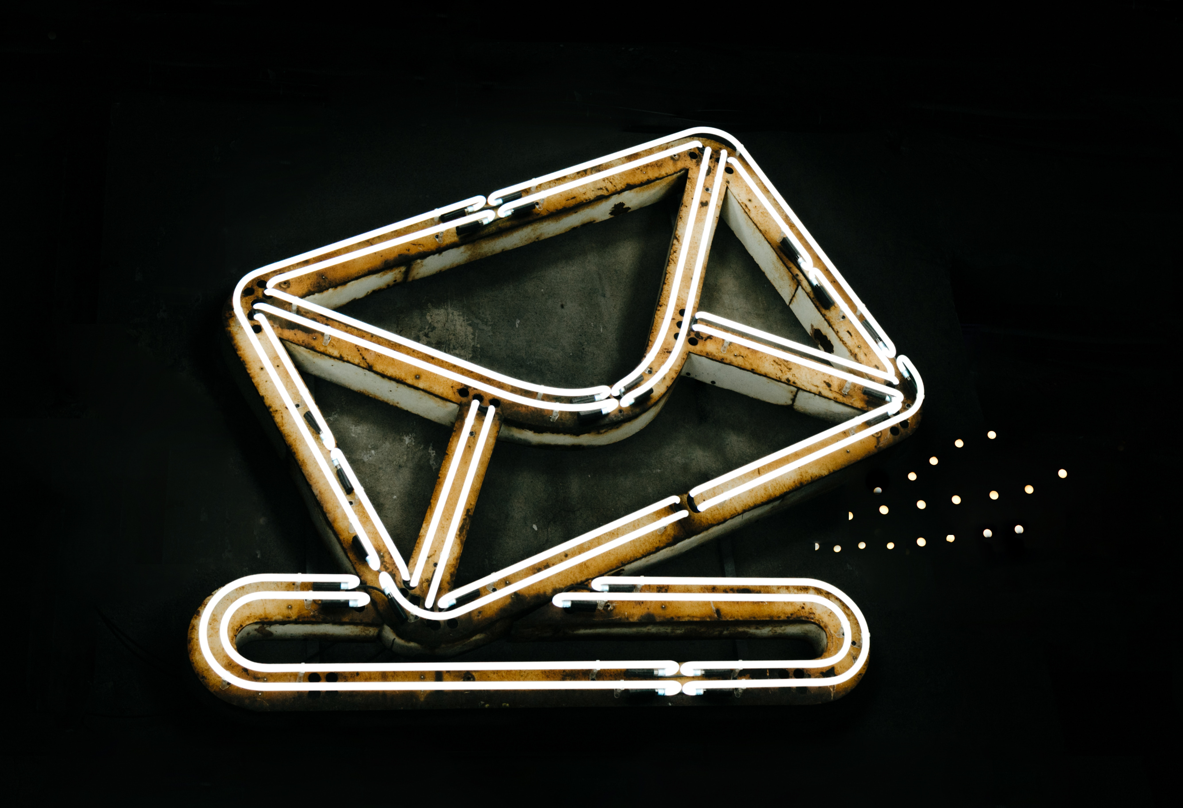 When done right, testing is a revenue driver for the email channel. Companies should consider it an investment, not an expense.

Whenever I meet with a new email marketing team, one of my first questions is “What kind of email testing do you do?”

Often, the answer is “We tried that, but it didn’t work out.” Or “We don’t have enough time between campaigns to think about testing.” Another popular answer: “We always test the subject line and go with the one that gets the most opens.”

If you see yourself in any of these answers, don’t feel bad. A/B or A/B/n testing is an exact science, and it takes time to become an expert.

But these skills are important to learn. That’s because testing can reveal deep insights about your customers. It shows what motivates them to act on your emails and stay engaged with your brand.

More to the point, testing can reveal whether you are investing in the right email strategies and tactics or you’re wasting time and money on things that don’t work.

Why invest in testing?

One of email’s great benefits is that you can test just about everything. The subject line, the offer, the audience, and much more. Testing can help you find an immediate lift to improve the campaign you’re focusing on now.

But advanced testing also can help you learn more about your customers now and how they might respond in the future. Do they respond better to emotional appeals, info-heavy content, fear of missing out (FOMO), or impulse shopping?

A single-word tweak in a subject line or testing a blue call-to-action button instead of a red one, won’t be enough by itself to drive long-term insights about what motivates your customers. This is “ad hoc” testing, done on the fly, at random, with results that apply to that campaign and not to your broader email program.

An approach that regularly tests broader concepts such as which approaches trigger actions, will be more revealing and useful. This is “holistic email testing,” and I’ll discuss it in more detail further down in this post.

Investing in this phase of email marketing will pay off because this advanced testing will help you create messaging that’s more finely tuned to all the variations in your audience and avoid wasting time and budget on ineffective campaigns or expensive tactics that don’t pan out.

Many of us learned how to test our email campaigns by using the testing features in our email marketing platforms. These focus on single elements like subject lines or calls to action. With just a couple of clicks, we can pick the elements we want to test, choose an audience, set the testing parameters, and read the results.

It’s better than doing no testing at all. However, it lacks one key factor. We need a hypothesis to guide our decisions on what to test and what we think will happen.

These five problems often crop up for email teams that haven’t set up strategic testing programs:

Marketers can overcome these problems by raising the stakes a bit and approaching testing the way a scientist would.

Testing requires us to think like scientists as well as marketers. But if science wasn’t your best subject in school, don’t let it put you off.

Earlier I said that having a hypothesis is essential for good testing. You might have learned about creating a hypothesis in your high school chemistry class and then forgotten all about them. So, here’s a refresher:

The hypothesis is your statement about what you think might happen when you bring several testing factors together. This is the basis of your test because it identifies what you’ll test, how you’ll measure results, what technology or channel you’ll use to perform the test, and what your expected outcome will be.

Here’s an example from a test we recently conducted for a client as part of our work building a browse-abandonment email program: “An abandonment email with an overt request asking the customer to return to the website to purchase a browsed product will generate more orders than one using a covert approach that focuses on product benefits.”

Our client wanted to use browse abandonment to recover more potential lost sales. As part of our creative process, we opted to go beyond A/B testing on basics like subject lines, images, and incentives. Instead, we based our testing hypothesis on a holistic approach that uses language and emotions to persuade a browser to act.

This hypothesis is an example of one you would use in advanced testing. It involves multiple elements (subject line, message copy, call to action, and more). It aligns with a strategic objective (increasing orders) instead of driving temporary results, such as higher opens or clicks.

It’s a cornerstone of holistic testing because it considers multiple factors that drive email success, not just a single element.

As I mentioned before, many marketers start with email testing by using the testing platform built into their email platforms. It’s a start, but we can do better. These five measures will help you improve your program and make it more efficient and effective.

It all starts with your hypothesis, but it goes even further because it lays out every aspect of your testing. It begins with your objective, a crucial step that will guide every decision you make.

Other parts of a testing plan include how you’ll measure statistical significance, your hypothesis, how long to run the test (if testing an automated program) or sample size to use (if testing a campaign), which factors you’ll test, and the content you’ll use from the subject line to the call to action.

I can’t emphasize this enough. How you’ll measure success is a key element of your hypothesis. Relying on the wrong success metric can mask poor results and mislead you into optimizing for the wrong metric. This wastes time and budget money in the short run. In the long run, it costs you major lost opportunities for revenue, audience engagement, and business support.

Case in point: The hypothesis I used as an example earlier measures success by the number of orders placed based on the email. This ties into our client’s objective: to recover more potentially lost sales from browsers who leave their site without buying.

We found the email version using covert language delivered more opens and clicks than the overt email. But it delivered 90% fewer orders than the overt version. Had we gone with an easy-to-track metric like opens or clicks, our client would have lost sales and revenue.

3. Test beyond the subject line and call to action

Subject-line testing gets all the attention in many basic A/B testing platforms. But that’s where your email testing practice should begin, not end. Yes, it’s important because you want to know what language compels more subscribers to open your email. But opens and clicks don’t always correlate to business objectives, as my client’s example demonstrates.

Ad hoc testing relies on simple tests like these, which pit two versions of an element against each other. The problem is that these single elements don’t operate in a vacuum.

The answer is to adopt a holistic testing plan, which considers multiple factors. In our client’s case, we included two versions of the subject line, image, copy, and call to action which supported the hypothesis and then tested the two versions against each other.

This kind of test can give you deeper insights into what motivates your customers instead of a fleeting glance into something that works temporarily but not necessarily for subsequent campaigns.

One test doesn’t tell you much. That’s one of the problems with ad hoc testing. The winner of a subject line test in Campaign A won’t necessarily predict success in Campaign B.

Testing delivers the most useful results when you do it continuously. Build it into your campaign workflow, and then apply what you learn throughout your email program, not just the next campaign.

Regular testing is a key component of holistic testing because the broader insights you achieve with it give you the most useful and accurate picture of your customers.

5. Roll out your testing results to the rest of your marketing team and throughout the company

All too often, email gets sidelined on the marketing team as just the discount channel that delivers quick sales. But think about the people who open, click on, and convert from your email campaigns. Those are your customers – your company’s customers! When you test your emails, you’re doing research on your target market at a much smaller expense than engaging a research firm or driving unqualified unknowns to the site using PPC.

Take what you have learned about your customers using holistic testing and test to see if they apply to other marketing channels. And don’t stop there! You can take all this rich customer insight and share it throughout the company.

Overcome the challenges of email testing

When I think back on the objections marketers raise toward testing, most of them center on a lack of support from their companies. Marketers say they don’t have the testing knowledge, the access to an advanced testing platform, or the time and budget needed to set up and manage an ongoing testing program.

Others are worried about losing sales from customers who either don’t see optimized versions of email campaigns or get excluded from all emails to measure the impact of email communications.

I understand these objections. But I also know the costs of not testing or of inaccurate or incomplete testing can outweigh any testing expense. When done right, testing is a revenue driver for the email channel. Companies should consider it an investment, not an expense. And by using the holistic methodology and sharing the insights with other channels, it becomes a revenue driver for the whole company with multiple channels benefiting from it.

First published on ClickZ.com on the 8th of December 2022.

Check out our archives